Although the Carl Froch v Mikkel Kessler fight is months away some bookies have already priced it up so lets look at the odds for the fight in April now as they are surprisingly tasty for some longer term profits. Of course with fights between then and now some people would rather save their money and gamble on fights as they come up rather than tying up money for several months, but sometimes it’s too hard to say no and this is one of those times when you shouldn’t say no, mainly because of the win market.

The win market is about as close as you can get, in fact just days ago it left it’s self open to arbitrage betting which looks to be the reason that the bookies have changed their feeling on the contest at last. The odds of 10/11 on Kessler (Sportingbet) are the best available on the Viking Warrior who is in a near must win situation after losing to Andre Ward whilst Froch, making the third defence of his WBC title is around evens across the board but the 11/10 (Stan James) is the best on offer at the moment. Though both were above evens less than a week ago if you looked around it’s unlikely they’ll head back out that way so Kessler will likely shorten whilst Froch may lengthen a little, but don’t expect too much variance.

The method of victory is almost certainly going to be a better bet for anyone fancying a flutter on the fight though at the moment only 3 bookies seem to have anything on offer. Personally the styles, ego’s and Showtime Super Six points makes it seem like one that won’t be going to the score cards, the 3 points for a stoppage win will see both guys going for it added to the fact that the fights in Denmark will see Froch try for the KO. This will leave Froch wider open and despite his solid chin he’s been decked by Taylor, Kessler is heavy handed and and has a solid piercing jab that will find Froch’s chin repeatedly, for this reason the 100/30 (sportingbet) looks a beautiful bet as far as I’m concerned. The 7/2 (Skybet) for Froch to win by decision is just throwing you’re money away and will this fights “turkey”, Froch away from home was out pointed by Taylor until he managed to stop him he was also lucky (at home) to get the nod against Andre Dirrell, against a counter punching and accurate Kessler he’ll need a stoppage for the win. At 3/1 (Boylesport) Froch by KO is the only bet you can make on the Englishman. 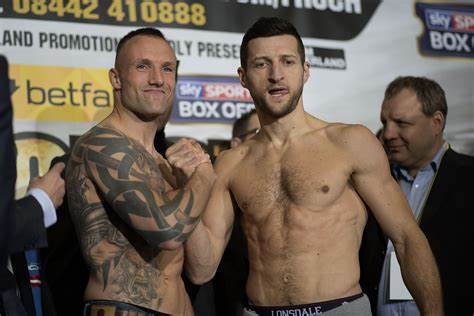 Skybet are offering ¼ on either fighter being knocked down during the 12 rounds this is likely but the return isn’t great so personally I’d avoid this one. Although 3 over/under markets are available we’ll just look at the higher one (9.5 rounds) as it’s the only one offered by more than a single bookie. Skybet offer 8/11 on the over and Boylesport are going 13/10 on the under, it’s a difficult one so give it a miss as you can’t be too sure. But with 11/10 for the fight not to go the distance with Sportingbet that’s the valuable bet as far as I’m concerned. Online Poker is providing their roots for enhancing the experience of the players. The demand of convenience is mushrooming in the young generation. A lot of games will be provided to the players for enjoyment and experience.

Counting Cards at Blackjack and the Average Player

Joe Hachem – Winner of the 2019 World Series of Poker

Want to Make Your Own Computer Games? a Game Maker 7 Review

Tips for Finding the Right Red Lipstick! Read to know

February 13, 2020   Jane   Comments Off on Tips for Finding the Right Red Lipstick! Read to know

Why Gambling is so Addictive: Reasons and Evidence

A Gambler’s Tale: Walking Away a Winner